This statement applies to Chilworth Construction Management Limited (referred to in this statement as ‘the Organisation’). The information included in the statement refers to the financial year 2020/21.

The Organisation has a central office in Southampton and a branch office in Chew Magna (Bristol). The employees in general work from various locations throughout the UK based on our projects.

The Organisation is managed by a board of directors which consists of:

The activities of the Organisation is to provide profession construction management services to our clients for the construction of the civil and building works on major construction projects in the UK, predominantly in the power and waste sectors.

None of the operations are seasonal.

The labour supplied to the Organisation in pursuance of its operation is carried out wholly in the UK.

The Organisation does not enter business with any other organisation, in the United Kingdom or abroad, which knowingly supports or is found to involve itself in slavery, servitude and forced or compulsory labour.

No labour provided to the Organisation in the pursuance of the provision of its own services is obtained by means of slavery or human trafficking. The Organisation strictly adheres to the minimum standards required in relation to its responsibilities under relevant employment legislation in the UK.

In order to fulfil its activities, the main supply chains of the Organisation include those related to provision of professional services.  Our supply chain includes professional support services (Human Resources, Marketing, IT) and principally recruitment agencies.  All staff that work directly for CCM or employed via a recruitment agent is required to provide proof of eligibility of employment within the UK.

The Organisation considers its main exposure to the risk of slavery and human trafficking to exist when employing overseas nationals in a low skilled role (eg: security guards).

In general, the Organisation considers its exposure to slavery/human trafficking to be LOW, nonetheless, it has taken steps to ensure that such practices do not take place in its business nor the business of any organisation that supplies goods and/or services to it.

The Organisation carries out due diligence processes in relation to ensuring slavery and/or human trafficking does not take place in its organisation or supply chains, including conducting a review of the controls of its suppliers.

The Organisation has not, to its knowledge, conducted any business with another organisation which has been found to have involved itself with modern slavery.

In accordance with section 54(4) of the Modern Slavery Act 2015, the Organisation has taken the following steps to ensure that modern slavery is not taking place:

The Organisation has set the following key performance indicators to measure its effectiveness in ensuring modern slavery is not taking place in the Organisation or its supply chains.

The Organisation has a Slavery Compliance Officer, to whom all concerns regarding modern slavery should be addressed, and who will then undertake relevant action regarding the Organisation’s obligations.

This statement is made in pursuance of Section 54(1) of the Modern Slavery Act 2015 and will be reviewed for each financial year.

Our Approach and Project First

We always put the project first to ensure civil works are delivered in a transparent, hassle-free and cost-effective way. 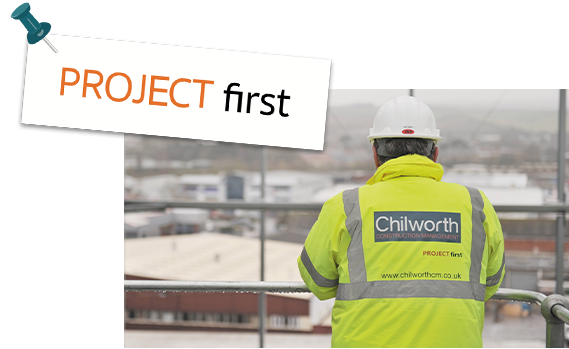